is located in the state Brandenburg, Oder-Spree. Its population is about 33,116 people (2007). It occupies an area of 63.40 km². It is divided into four urban areas. Its name means "city of iron factories", and is popular with the abbreviated name Hutte (GER. Hütte). Eisenhuttenstadt exists with this name since 1961, when the founded in the XIII century city Furstenberg and the built in 1950 in the German Democratic Republic (East Germany) Stalingrad (1953- first socialist German city) are united. Besides with the Bulgarian Dimitrovgrad it is twinned with Drancy (France); Glogow (Poland) and Saarlouis (Germany). In 1986, these are the first cities- twinned of the then GDR and Federal Republic Germany (FRG). In Eisenhuttenstadt in 1971 was born the world famous DJ Paul Van Duc, known as Paul van Dyk. More interesting and curious facts about Eisenhuttenstadt you can read on its official website. 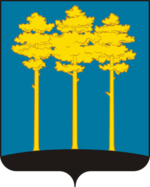 is administrative center of the region Melekessky in Ulyanovsk district. It has a population of 126 000 people. The city occupies an area of about 4150 ha. It is located on the left bank of Kuybyshevskoye Reservoir, at the confluence of river Bolshoy Cheremshan. The distance to most nearby big cities is: Ulyanovsk - 100 km, Samara - 130 km. On June 15, 1972 by decree of the Presidium of the Supreme Council of the Russian SFSR, the city is named after Georgi Dimitrov, in honor of the 90th anniversary of his birth. Until then it has been called Melekes. In 2008 are celebrated 310 years of its foundation.

Dimitrovgrad, Russia, is an industrial center with about 2000 enterprises. Developed are mechanical engineering, nuclear energy and textile industries. It has working state research institute, 7 universities, 4 vocational secondary schools, 21 schools. In the city live and work 40 doctors of science, 200 doctoral candidates, 40 creative teams, 20 of which are carriers of representative titles, 130 are the public organizations and associations. It develops 26 different sports, and 15 are the media in Dimitrovgrad, Ulyanovsk region. Besides with the Bulgarian Dimitrovgrad it is twinned with 6 more settlements in Russia and abroad. The city is awarded with an Order for successful development and strengthening of international relations. In 2006 it receives the bronze award in the competition "Best urbanized city in Russia." More interesting facts about Dimitrovgrad, Russia, you can read on its official website.

is a province located in the southern part of Tuscany. Its area is 4 504 km² and the population - about 224,000 people (2001). The province includes 28 municipalities and administrative center is the city of Grosseto. More about the province of Grosseto - from the official website.

suburb, which is located 5 km southeast from the city of Thessaloniki, Greece. Its population is 87,312 people, according to the 2001 census. The town is the second-largest in Aegean Macedonia and ninth in Greece and constitutes a separate Dem in the Prefecture of Thessaloniki. For the period from 1991 to 2001 its inhabitants increased by 8%. The city is a center of Krini and Kalamaria eparchy of the Greek Orthodox Church. Kalamaria is on the banks of Gulf of Thessaloniki, which surrounds the town with a beautiful 6.5 km long beach. The area was inhabited in prehistoric times. Nearby are found ancient village and many valuable archaeological finds.

Kalamaria name is used for the first time in 1083, to designate the area southeast of Thessaloniki. During the Byzantine and Ottoman period, the area is sparsely populated.

To the XIX century, the area was inhabited by Bulgarians, while there was also a Bulgarian church named "St. Cyril and Methodius". [1] The modern town was founded in the 20s of XX century, to shelter Greek refugees from Georgia and Asia Minor (Anatolia) who were fleeing or were forcefully banished from their homes during the Greco-Turkish War of 1922. Approximately 100,000 people are living in the suburbs of Thessaloniki. In the period from 1981 to 2001 the city increases with 36,000 people, or 69% compared to the population from 1981. Up to 1943 city of Kalamaria is part of the municipality of Thessaloniki, then is converted into a separate administrative unit with an area of 7 200 acres.

The nature of Kalamaria and the excellent urban development continuously attract new settlers. The standard of living in the city is high and tourism activity - well developed. Besides with the Bulgarian Dimitrovgrad, it is twinned with Saranda, Albania, Paphos, Cyprus, Clearwater (Florida), USA and Liptovsky Mikulas, Slovakia. More about Kalamariya - from the official site.

is located in the northeastern part of Hungary and is the third largest in the region Borsod-Abaúj-Zemplén County, after Miskolc and Ozda. Its population is 30,709 people (2007). It is situated on the bank of the Chaillot River. Kazincbarcika is 20 kilometers northwest of the central area of the city of Miskolc and 20 km from the border with Slovakia. The town is connected, both by road and by rail with Miskolc and with Slovakia.

Kazincbarcika is a relatively young city, founded in the time of the socialist industrialization after the Second World War, when are united several villages. The most ancient of them is considered Sajókazinc mentioned for the first time in 1240. The second composite village is Barcika. The names of the two are combined and is formed the name of the new town. In the past, the main occupation of the area was agriculture. This has changed, however, when in the second half of the XIX century began the development of coal mining and construction industries. In 1954 Kazincbarcika received status of a town and with the development of the industry has grown rapidly, and while in the 50s its inhabitants are around 11,000, then in the 70s they are already over 30 000. The economic crisis in the 80's and 90's lead to closures of enterprises and a sharp increase in unemployment, but this moment has already been overcome.

Besides with Dimitrovgrad, Kazincbarcika is twinned with: Burgkirchen an der Alz, Germany, Knurów, Poland, Świdnica, Poland, Revúca, Slovakia, Sânnicolau Mare, Romania and Tiachiv, Ukraine. More about Kazincbarcika you can learn from its official website.

is the third largest city and the administrative center of Darkhan aimag. Its population is 74,300 inhabitants (2007). The first stone of the city was laid on October 17, 1961 with solid economic assistance of the USSR. The town's name suggests that it is designed as an industrial center in the northern territory of Mongolia. The city really becomes such a center and it is inhabited by about 82 percent of the population of the area. As in most other Mongolian cities, about 86% of its citizens live in residential blocks, and the rest of the population - in yurts in the suburbs. The Museum of Darkhan aimag can be seen interesting objects of folk art, collections of archaeological finds, traditional dress and others. Darkhan is twinned also with: Irving, USA and Kaposvar, Hungary.

The city is the center of the Province Blida. It is located about 45 kilometers southwest of the country's capital, city of Algeria, on an area of 1 102 square kilometers. Its population is 803,472 (2007), which makes it on the sixth place in the country after Algeria, Oran, Constantine, Annaba and Batna.

The city was found during the Ottoman rule. In 1825 was completely destroyed by an earthquake and then- rebuilt. With the French conquerors, and thanks also to its natural resources, it is linked with the flourishing of Blida- wide streets, modern buildings, built are many public buildings, bazaars, hotels, cafes, theater, Franco-Arab school, etc..

The city is surrounded by fortress walls with five gates. There are substantial defense facilities. About 4 km from city is the tomb of the Mohammed-El-Kebir and his two sons, where come to worship thousands of pilgrims.

Blida is surrounded by magnificent pastures, orchards and flower gardens. It is located 192 meters above sea level in the foothills of the Tell Atlas. The nearest gorge Chiffa is a habitat for the Barbary macaque.

- one of the few remaining habitats of this threatened with extinction animal.