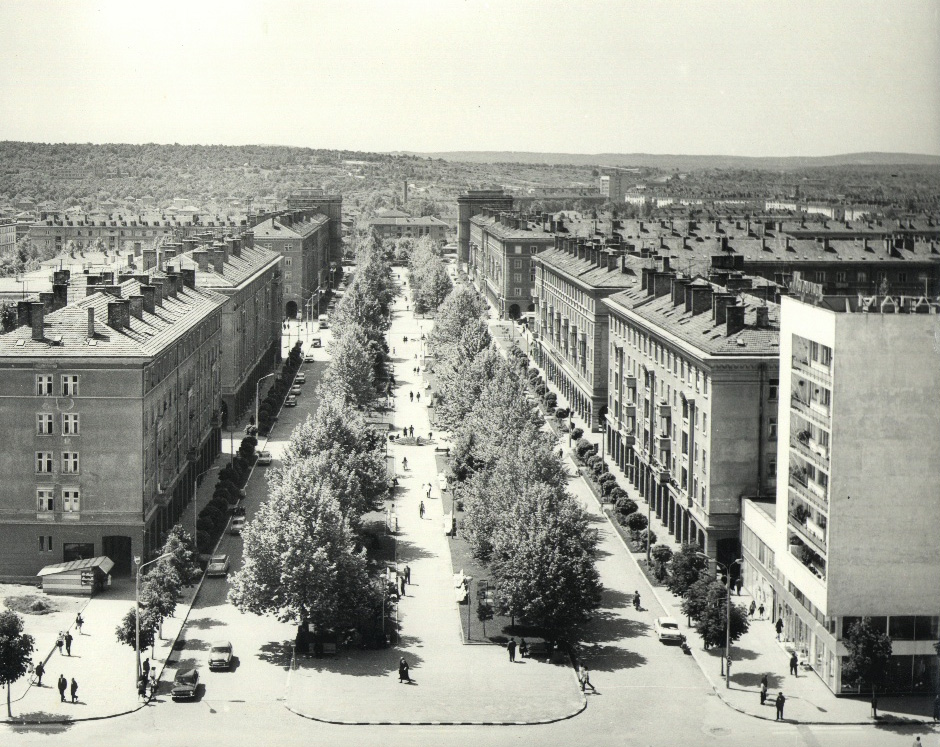 Dimitrovgrad is created on the ground of three villages – Rakovski, Mariyno and Chernokonevo, who have their interesting history. Archaeological evidence suggests that their territories were inhabited for millennia.

The most ancient objects, fruit of human activity, in Dimitrovgrad were found in the cave "Dyado Panyovata dupka” in the area Gabera. Specialists date the processed flinty blades since the Paleolithic Age (40 thousand years BC).

The favorable climatic conditions and fertile soil along the rivers Maritsa and Merichlerska have attracted people even during the antiquity. Evidence for this are the found many ceramic materials and artifacts from the land of Dimitrovgrad.
Probably in the late antiquity was built the fortress in the area Kaleto or Durhana, which is identified with Blesna or Blisimos. Within the Bulgarian Khanate the fortress was identified after the victorious crusade of Khan Krum (802-814) against the Byzantine Empire. Blesna lived a real heyday during the Byzantine domination XI-XII century, when it turned into a great spiritual and military center.

The medieval chronists connect the name of the city with the Third Crusade led by the German Emperor Frederick I Barbarossa during 1189 and victorious crusades of Tsar Kaloyan during 1202 in Trakiya. For the last time the name of Blesna was mentioned in the sources, because of the brother of the captured by the Bulgarians Emperor Baldwin of Flanders - Anri. He invaded in 1206 in Trakiya and conquered the fortress, which had previously been abandoned by its inhabitants and defenders. What was the exact fate of the fortification then - is unknown. Archaeological materials testify that life around it had continued thereafter.

After the conquest of Trakiya by the Ottoman Turks, the area around Dimitrovgrad falls within the so-called Roumelian Vilayet.

The largest of the three villages, village Rakowski, is known in the Ottoman registers and travelogues of XVI-XIX cent., with the name Kayadzik (in Turkish "Kaya" is rock, stone). In 1906 the village was renamed Kamenets, and in 1925 Rakovski.

In written sources of the XVII-XIX century village Mariyno is known with the name Kokardzha (literally translated from Turkish "ferret"). In 1897 the village was renamed to Mariyno in honor of Duchess Marie Louise, wife of Duke Ferdinand, who participates in the action for helping the flood victims, as she donates 1000 golden levs

Legend tells that in the place of village Chernokonevo, was an ancient village called Chernichevo. Plague chases away its inhabitants and during the Turkish conquest here come Turks settlers. In the ХVІІ century the Turks have been chased away, the inhabitants of the former Chernichevo return and name their village Karaatli, because their leader rode a black horse – in Turkish “karaat”. In 1906 the village was renamed Chernokonevo. The village is also known as "Malak Batak" (“Little Slough”) because of the bloody events during the Russo-Turkish War, when it was completely destroyed by the Turks, and the population was subjected to unscrupulous massacre.

Main livelihood of the population is agriculture. In the late XIX, early XX century main development receives the vegetable production. Part of the local population deals with rafting (freight carriage) (carriage of goods by the Maritsa River) and another with liming (production of lime). In 1873 was finished the Baronhirshovata railway, which passes through the village of Kyadzik. The station gives impetus to the development of the village and it became the center of trade.

In 1895 was the beginning of coal mining in the region. In the years between the two World Wars at the Marishki coal basin were built two power plants – Thermal Power Plant (TPP) "Vulcan" and TPP "Maritsa 1", which effectively start the electricity generation and electrification in South Bulgaria. In the village of Rakovski is open a Tinning factory and began the construction of a large cement plant between the villages Mariyno and Chernokonevo. Thus begins the formation of a major industrial region, which foreshadows the construction of an urban settlement of great importance for the country. Coincidentally, in 1946 has been made a government decision the first Bulgarian fertilizer plant to be built precisely in the land of village Rakovski.

In a meeting held on April 3, 1947 of the Municipal Administration of village Rakovski is decided that the Village, together with village Mariyno and the settlement at factories and mines "Vulcan" to be announced as a city under the name Dimitrovgrad.

In the spring of 1947 is decided the construction to be with the participation of brigadiers. On May 10, 1947 arrived the first constructors of the future city - 40 brigadiers from Nova Zagora region ( Novozagorsko). On June 22, 1947, of an impressive meeting for the announcing of the construction site of the National Youth construction brigade "Young Guard" (“Mlada Gvardia”) – Dimitrovgrad, is announced also the name of the new town. Very quickly it became popular throughout the country.

On 2 September 1947 the Council of Ministers issued Decree № 3, which reads: "The villages Rakovski and Mariyno, Haskovo district and Chernokonevo, Chirpan district, are united in one village, which is proclaimed as a town under the name Dimitrovgrad ". The beginning was set – then follow years of creation.
Since the summer of 1947 the meadows near the Maritsa River began unprecedented development. Simultaneously are prepared the sites of the Nitrogen Fertilizer Plant (NFP) and TPP "Maritsa-3", intensively is build the Cement Plant "Vulcan", built are streets, plumbing and sewerage, built are the first residential blocks for the builders and residents of the new town.
In the coming years Dimitrovgrad grows as a major industrial center. The first put into service venture is the cement plant "Vulcan". On 16.10.1947, with the entry into operation of the first furnace, was set the beginning of the production of cement in the region. In the summer of 1948 is turned the first sod of the first Bulgarian factory for the production of fertilizers. The official opening is on 05.11.1951. In the same day is open also the new power plant – TPP "Maritsa 3". The city becomes the center of coal mining. The established in 1948 State Mining Company (SMC) "Marbas" combines all existing mines in the region, and the new discovered subsequently mines provide work for most of the residents of the city. Over the next two decades the industrial look of the city is complemented by the established enterprises of light industry - Bread factory, Industrial plant, factory for bags "Spring" (“Prolet”), knitwear factory "Gergana", and etc.
What makes an impression in Dimitrovgrad is not only the significant crowding here on heavy industrial enterprises, but also its specific architecture and the particular attention which is given to the landscaping. The construction of entire green area, including three parks, green belts along the Maritsa River, numerous gardens between blocks and neighborhoods, and the significant street and boulevard landscaping, make the city one of the greenest settlements in Bulgaria. Dimitrovgrad has also and rich cultural life. In the early 50s of XX century in Dimitrovgrad are created the museum, the brass band, the theater and the city library. In 1957 started working the first cinema amateur club in Bulgaria, and on May 24, 1962 opens doors the country's first amateur planetarium and astronomical observatory.

From 1970 originate the National "Dimitrovgrad’s days of poetry." They are held at the beginning of May every two years and are associated with the memory of the poet - symbol of the city - Penyo Penev.