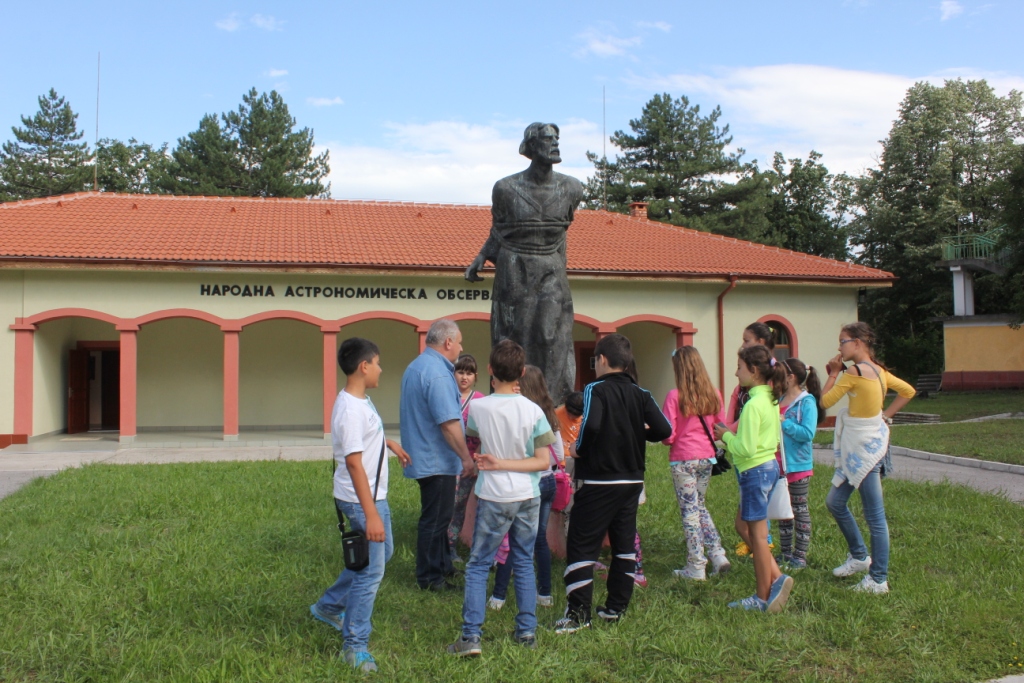 Giordano Bruno National Astronomical Observatory and Planetarium (NAOP) has been officially open on May 24th 1962. The complex is situated in N.Vaptsarov Park.

In the Stellar Hall an artificial starry sky may be displayed. The diameter of the hall is 8m and it is equipped with a Zeiss device, projectors and domed screen, on which the starry sky is projected. About 5000 stars, Sun, Moon, Mercurius, venus, Mars, Jupiter and Saturn planets, coordinate systems, the procession of the Earth's axis, the movement of celestial and others may be visualized.

The capacity of the Planetarium is 45 seats. It is the first planetarium open in Bulgaria and an extremely curious fact is that the first device that operated here, was constructed and made in Dimitrovgrad (the device is reserved in the observatory).

There is a training corpus with rooms, conference hall with 60 seats, specialized astronomy library and numerous astronomical globes and instruments supporting the teaching of astronomy. There are two rooms in the observatory where classes with study groups are conducted. The members of the study groups participate in many national and international contests and Olympics where they win prizes. The rooms are equipped with different globes- Baader Planetarium, Helios Planetarium, 3 stellar and 2 lunar globes, armilyarna sphere, globe of the Earth, Tellurium apparatus (system Sun-Earth-Moon). The observatory library has over 3000 volumes.

NAOP has an observation pavilion with a retractable roof for carrying out astronomical observations.

In the courtyard of the observatory rises an imposing monument of the great Italian philosopher Giordano Bruno, whose name bears the entire complex.

The observatory is well equipped with amateur telescopes for observation of the stellar sky and the Sun. On a regular basis, in the planetarium lectures on astronomy for students and citizens take place. Astronomical observations take place every Wednesday during the school year and always at an important astronomical event, like lunar eclipse, solar eclipse, passages, comets, meteor showers, etc. The access for individuals is free.

The motto of the planetarium is "The Shortest Path to the Stars ”.